Bleeding Blue! BluOne’s day out in the cricket field

The day started with a trainer led warm up session. As with any physical training session, there were a few oohs and aahs, but everyone put in some efforts on their stretches, bends and twists which would show their effect in a bit.

The attendees were grouped into two teams: Blue Lightening (led by Jitender Rawat) and Royal Strikers (led by Paramveer Singh). The pitch was damp, and the conditions were overcast but Blue Lightening won the toss and decided to bat first. They didn’t have the best of the starts and lost their opener Sumit in the very first over. After the first setback, the inning was consolidated through a partnership between Chavvi (13) and Sridhar (30) for the second wicket. The impetus to the scoring was through a quick-fire half century from the captain Jitender. However, due to the regular strikes by the aptly named Strikers, Lightening could only manage a sub-par score of 155 for the loss of 8 wickets despite some late order contributions from Akhilesh (15) and Saurabh (13). For the Strikers, Ajeet (2/38), Tarun (2/18) and Sarvesh (2/30) were the key contributors with the ball.

In response, the Strikers started steadily with their opening pair of Kunal and Dilip building a partnership. Despite the best efforts of the Lightening bowlers, they couldn’t manage the breakthroughs as regularly as they needed. Credit must go to the top scorer and the man of the match Kunal, who kept chipping away at the target with his cuts and lofts. While Lightening managed a few wickets later in the inning, with Kunal getting run-out by for a brilliant 77 by an inspired piece of fielding by Rishabh, the target was always in sight for the Strikers. Ably supported by contributions from Vivek (18), Ajeet (7*) and Tarun (11*), Strikers reached their target with 2 overs to spare. 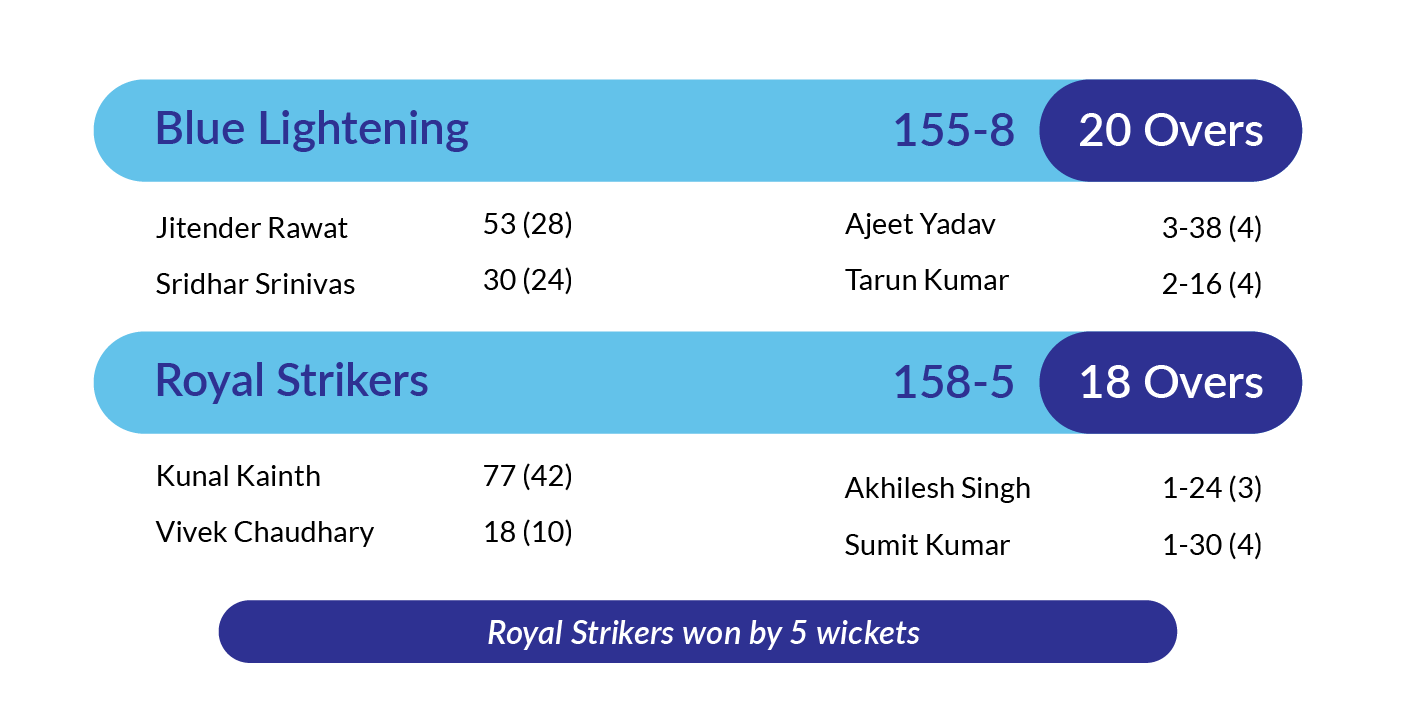